My top coastal California destinations may or may not surprise those who know me. I’ve been fortunate enough to visit the Golden State about a dozen times now and loving the ocean as I do, visiting coastal cities was a priority. So, join me for a drive down the California coast from San Francisco down to San Diego stopping at the coastal destinations that stood out and became forever favorites and places I would return to without question.

I look forward to visiting the West Coast again in the future and hope this list inspires your next visit. I’d love to hear your favorite coastal California destinations, let me know in the comment section below!

Coastal cities tend to be my favorite and San Francisco did not disappoint. Surrounded by the Pacific to the west and the San Francisco Bay to the east, there are a lot of opportunities to experience the beautiful coastline surrounding the city. To the north, it gets even more beautiful with miles and miles of coastal land and forests from Muir Woods National Monument, Point Reyes National Seashore, the Golden Gate National Recreation Area, and the Marin Headlands. While technically not in San Francisco, they are only a short and worthy drive north across the Golden Gate Bridge.

Check out my post on our 5-Day Itinerary to San Francisco & Big Sur where I share all about how much we were able to do in 5 days and how much it cost.

If you want to feel as if you’re in another country then Point Reyes is your place. It’s what I imagine the coast and countryside of Ireland would feel like. Miles of country roads driving through farmland and rocky coastlines with incredible views. A few animals we saw on this trip: whales, cows, a coyote, stag, and elephant seals which wes extra exciting.

This is one of those cities that stays with you long after you leave. There was something so peaceful and serene about Monterey that made me feel as if I needed to come back soon. We stayed at the delightful Monterey Plaza Hotel & Spa right on the coast of Monterey Bay and nestled in a quaint and charming area of town. It’s a mix of beautiful and gritty with remnants of its history of sardine canning. I still remember soaking in the outdoor hot tub after a long day exploring looking at the stars and listening to the waves crash. Perfection.

One of the most charming little towns I’ve seen in California is Carmel-by-the-Sea or Carmel for short. This quaint little city feels as if it came straight from a fairytale with its ivy-covered buildings and little village-like shops. We didn’t get to spend nearly enough time exploring this charming coastal city and I look forward to visiting again. It was so memorable that it made my top coastal California destinations

Photos don’t really prepare you for how incredibly breathtaking this drive is. Your entire drive down Highway 1 will have you wanting to stop at every turnoff point along the way. Each scene is more beautiful than the last if that’s even possible. We took half a day to drive down the coast starting from Monterey and ending near McWay Falls. The turquoise and blue ocean crashing against the rocky coast, the colorful vegetation, and just the huge expanse of land that is mostly just landscape and very little signs of humanity is what makes this drive extra special. Don’t expect to be Instagramming as you go as there is literally zero internet in town outside of some of the restaurants and destinations.

(Pro-tip, download a Google Map offline with your must-see destinations pinned so you don’t miss them as you drive along, some are easy to drive by and not even realize)

Want more Big Sur? Check out my post on A Quick Trip to Big Sur to see how much you can do in a short time.

The perfect warm-up spot before you drive the Big Sur coast if you’re starting up north. Just breathtaking views from various vantage points of rocky California coastline. If we had more time, we’d have spent hours hiking through the Cypress trees and rocky coasts admiring the sparkling turquoise ocean.

El Matador Beach is one of three beaches within the Robert H. Meyer Memorial State Beach and is a popular beach for movies and photoshoots due to its unique rock structures. One of the more popular movies is The Notebook. These awesome rock formations are best to visit during low tide if you want to explore. There is easy parking right off Highway 1, too.

I am all about secret beaches and hidden gems and we found one in Pirate’s Cove, part of Point Dume State Beach. While it wasn’t so secret as several people were finding their way to this secluded cove, it was an exciting part of the day making our way to this beach and enjoying the views.

One of the more unique beach towns on my list and one I can’t seem to get enough of is Venice Beach. This has also unofficially become the last beach we visit before catching our flights out of LAX as it’s roughly 15 minutes away. The beach is a huge expanse of uninterrupted sand with views of Santa Monica Pier and the canyons surrounding Malibu to the north and the Venice Pier to the south. One of my favorite coastal California destinations.

One of the most unexpected attractions in Venice Beach is the man-made canals by Venice founder Abbot Kinney made when Venice Beach was a seaside resort town inspired by Venice Italy. It’s fun to spend an afternoon walking the boardwalk, watching the skaters in the skatepark or artists painting the Venice art walls, dipping your toes in the pacific along the beach, and getting in some good eats and shopping around town.

Nestled in the far north part of Victoria Beach in a little Laguna Beach neighborhood are two unique features for a beach. A natural pool and a pirate tower. That’s right, pirate tower.

A while ago I found this amazing photograph on Pinterest of a girl floating in a round pool and waves crashing up against it. Turns out, this was actually somewhere in the US and not some tropical island far away. Once I knew that I had to find it. Unfortunately for me, this natural pool depends a lot on the tide and we happened to be there during low tide.

The pirate tower, however, was easy to see regardless of the tide. Such a weird and random thing to see that made this beach stand out from the rest. This area also experienced dramatic weather changes within minutes. It started off very foggy then became blue skies and sunny in such a short time.

The Wedge at Balboa Beach

Balboa Beach in Orange County is a huge beach with sand as far as you can see. While this was a popular beach, there was a part of it that I just really, really enjoyed and that was near the jetty also known as The Wedge. There was a wide expanse of clean, uninterrupted sand combined with the entertainment of watching the waves crash extra hard against the jetty. If you’re lucky, surfers will be there and give you something to watch. If you’re even luckier, you’ll see a pod of dolphins swim by as we did.

Torrey Pines State Beach was one of the first coastal California destinations I visited in San Diego and still a favorite. Driving to the beach is exciting as you get that wide, coastal view. There is parking along the way as well as a parking lot which is always helpful when visiting beaches. I love the walls of rock and the beaches covered in pebbles of all sizes. Perfect beach for walking up and down the coastline or just spending an afternoon in the sun.

I love this entire area, it’s so beautiful and fun to observe the seals. La Jolla Cove is a beautiful nook perfect for swimming, scuba diving, and exploring. Next to the cove is Boomer Beach, it’s basically a wide, rocky surface that’s fun to watch the waves crash onto. My other favorite area is the Children’s Pool. It’s another nook with a small beach loaded with harbor seals which are fun to observe.

This is another area I have a hard time choosing which particular beach I liked the most. There are three that we did visit: Moonlight State Beach, Swami Beach, and Cardiff State Beach, and each one was awesome in its own unique way.

Moonlight State Beach was the most populated beach having a neighborhood nestled up close to the shore. There were also several volleyball courts, concessions, and a huge length of shoreline perfect for strolling. Swami Beach literally made me question out loud to the city of San Diego why has it been holding out on us! What an incredibly beautiful view.

We stuck to the overlook here and watched a surfer for a while and admired the views. It felt like a much more peaceful beach. Lastly, Cardiff State Beach. We visited here before flying back home later that day and it was a foggy, chilly day but the views were serene. We watched some surfers for a while and took in the last bit of ocean we’d have till our next visit.

So, there you have it – my top coastal California Destinations! Did I miss any of your favorites? Let me know below. 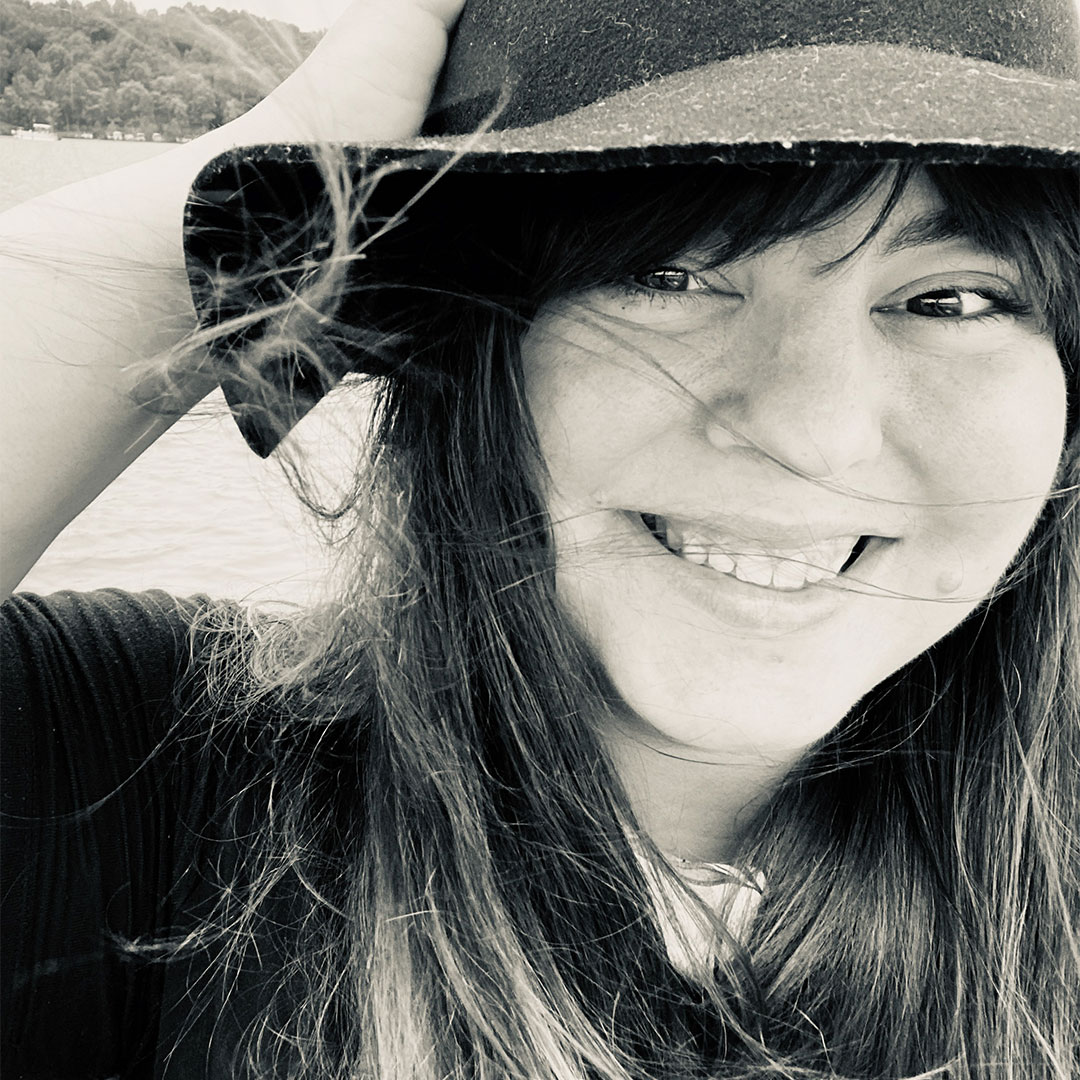